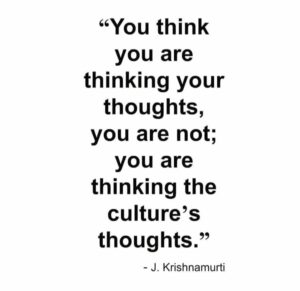 Warning: The following post “Dear Logic” is designed for people who want to question their reality in a compassionate way. Please do not use this to gaslight yourself. I made a post about that recently, you can look it up.
————
Dear Logic,
It has come to my attention that you are sometimes not so helpful.
I absolutely understand that you have good intentions, but you can only be so thorough in your investigations.
I have noticed that one can analyze and analyze all day or all year and when they finally come to a conclusion, there is still a high chance for error. In fact, in all likelihood, there is probably an error.
Why?
Because logic: You contain the realm of trauma. Trauma creates screens and masks, unconscious motives, hopes, and fears.
Logic, you are only able to work with the available perspective. If you are immature and not trained to include the possibility of noticing your own bias, logic, you are quite close to useless.
For example – I could look in my refrigerator and notice I am out of food, or I can look in my bank account and notice I am out of money. Logic might reason and ask itself “How can I get more money?”. Based on that, I could consider borrowing some money, I could rob a bank, I could try to pressure someone to hire me, or I could sell something I own. Realistically, while those are logical, but because this is immature logic none of those are really sustainable approaches.
The way we attempt to protect ourselves from our own immature and unsustainable logic is – you guessed it – more logic!
In this case, it shows up as morals and “ethics”. This logic is designed to categorize “good” and “bad” behavior, and essentially “good and ”bad“ people. Morals and ethics are ultimately traps, just like any other kind of logic, because they too fall into the realm of trauma. This is the modern solution, rather than going through the necessary psychospiritual initiations to genuinely mature our identity.
The impulse to abide by moral rules comes from a motive. What might that motive be?
To avoid being a bad person perhaps? To avoid being a drain on society? To appear benevolent to other people? Or simply to be able to have a sliver of respect for ourselves and to sleep at night? Every one of these motives is based on trauma. I’m calling you out logic, you’re a sneaky one, aren’t you?
So what else is available? Well, logic, you’ll probably be afraid of the answer and see it as your greatest competitor.
Intuition.
You are afraid of intuition because it cannot be controlled by you. It is not in the realm of logic, and so it is not in the realm of trauma.
In fact, my dear logic, trauma is created by you. It’s not that you’ve done something wrong, but that’s how it is. In your most innocent and naive state, you decided that your intuition needed to take a back seat. So you shoved it away. Time to see if that was a wise move, don’t you think?
While trauma can [appear to] prevent access to intuition, intuition is the eternal connection that can never be truly lost. Because you, logic, have created trauma, there is an end to this game. Trauma is ultimately a finite mental distortion compacted inside of the body. I see your tricks, logic. You’re funny.
Trauma is not really that powerful, it just appears to be. Once its method of “hanging on” is discovered and closely inspected, the jig is up and it can clear away so intuition can once again be crowned and take its place. This will take significant courage and persistence, in spite of any fears, to take a look in true neutrality. Logic, I have to say you are shiny but not really that impressive when we take a closer look.
Ultimately, you have very little power. Intuition is the real deal. You’ve been posturing to try and fool me, logic, but it’s not going to work anymore.
Intuition connects us to eternity. This is where all answers live, and where we can exist beyond the point of needing any answers as well.
Logic, I do appreciate you. Don’t get me wrong. If I’m trying to fix a car or open a jar, you do a great job. But when it comes to life decisions – I’m rather shocked that I put you in charge of infinity. It was quite inappropriate of me and honestly, I’m sorry you’ve had that kind of pressure on you.
For now, take a break and relax and I’ll let you know when you’re needed. There are a few things I need to you help me with later.
Love,
Joshua